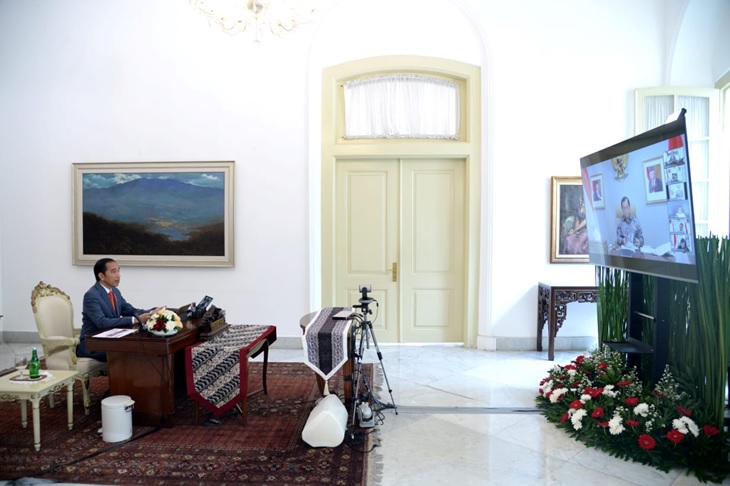 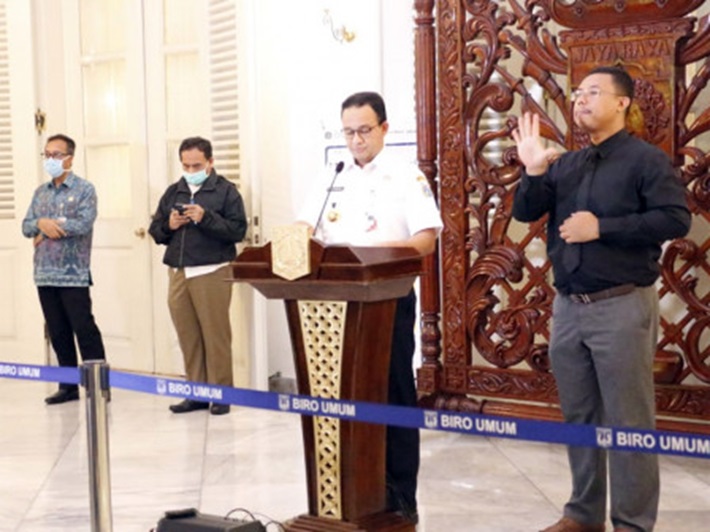 COVID-19 HANDLING IN A FRACTURED POLITY: CASE OF INDONESIA

When I mentioned to my Indonesian friends and family about the spread of Covid-19 in Japan in early February, nobody could relate to it. But now, all the Indonesian news and social media outlets that I am attached to seem to have no other newsworthy piece than Covid-19. Indonesians are rushing to grocery stores and drug stores to hoard masks and other things, not unlike any other people in the world, including Japanese for that matter. But one thing seems to stand out from the Indonesian case in dealing with Covid-19. It has reopened the wounds caused by deep rifts created in the run up to last year’s elections, and risks negating the results from the vigorous and energy-draining efforts to close them.

In 2019, Indonesia witnessed the most divisive elections in the history of the nation, where President Joko Widodo (a.k.a. Jokowi) sought reelection. The rise of Islamist groups uniting behind the rival candidate, Prabowo, and the determined effort to resist the rise by the nationalist Jokowi has created tense and polarizing campaigns. If in the past, conflicts surrounding elections in Indonesia tended to revolve around mass gathering campaigns, last year’s elections saw the conflicts move to the cyberspace. Indonesia has one the world’s highest number of social media users, with 160 million users out of its 270 million population. So the political conflict in cyberspace became a noisy one with fake news after fake news flying around. The effect of such political conflict was also quite massive, pitting friends and family members against each other.

The resurgence of the Islamist group started out with a bang. In December 2, 2016, massive people mobilization against Jokowi occurred, that culminated in the larger political demonstration ever happened in Indonesia, attended by hundreds of thousands in the center of Jakarta. The demonstration was launched against the religious blasphemy allegedly done by Basuki Tjahaja Purnama (Ahok), the Governor of Jakarta, an ethnic Chinese Indonesian who served as the Vice Governor when Jokowi was Governor of the capital city (known as Action 212 in December 2, 2016).

Jokowi won the reelection in 2019 with a slightly greater margin than what he got in the previous elections in 2014, but the divisiveness did not subside. A lawsuit aimed at nullifying the result of the elections was launched, preceded by a number of demonstrations in Jakarta and other cities in Indonesia that often ended in violence. The government responded by nabbing a number of opposition figures and prosecuted them.

This political schism in the society seemed to come to an end when the new cabinet line-up was announced in October 2019. Various political efforts behind the scene to reunite the country resulted in the acceptance of Prabowo (Jokowi’s rival in the elections) to join Jokowi’s cabinet as Minister of Defense. For a while the Islamist groups seemed to be inactive while apparently attempted to find an alternative figure to rally behind after the loss of Prabowo to Jokowi’s camp. The society also seemed to gradually make amends from the fracture that befell them in the long year of campaigning.

And then Covid-19 struck. Indonesia was among one of the late countries that reported the Covid infection. Its first case was announced only on March 2, long after the virus struck neighboring countries, like Singapore, Malaysia, Thailand, and the Philippines. But the intensity of the subsequent domestic transmission of the virus was quite alarming, although not quite at a rate that we saw in China, the US, South Korea, Iran, and European countries. Six weeks after the first was reported, there are now over 5,000 confirmed Covid infection cases in Indonesia. What was probably more alarming was the high fatality rate in Indonesia, which stands at around nine percent, much higher than the global average of around 4.5% nowadays.

The pace of surge in Indonesia’s cases of Covid 19 actually resembles more its neighboring countries, rather than the quick upsurge that we’ve seen in South Korea, Iran, and Italy, and now the US and European countries. However, the adverse panic reaction of Indonesians probably exceeds that of other countries. The Covid incident actually reveals the lack of trust of many Indonesians of government services, especially on the health sector. It also reveals the acute deficiency in how the government manages its public communication strategy, especially in the digital age like today.

But perhaps the more interesting side of the story of Indonesia’s handling of Covid-19 is what happened on the socio-political front. The image of national unity shown after the inclusion of Prabowo as one of Jokowi’s cabinet member seems to be basically just that, an image. The reality surrounding the Covid issue shows that the fraction in the Indonesian society along political lines, which in Indonesia often coincides with religion, is still alive and well.

Nowadays, Indonesians are witnessing a return of the bout in the social media. Those who tended to oppose Jokowi during the last election seem to receive new ammunition to rejuvenate the attack on the President, especially over the tentative and erratic handling of the Covid-19. Those who supported the President try to defend and rationalize the administration’s policy.

Competition between President and Jakarta Governor

Interestingly, there seems to be a heightened competition between Jokowi and the Jakarta Governor, Anies Baswedan. Anies won the governorship of the capital city in 2017, after defeating Ahok who was tainted by religious blasphemy case. Anies was supported by Islamist parties and is widely seen as one of the frontrunners for 2024 elections. Jokowi will not be able to run again in next election because of the constitutional limit of two-terms for presidents, but the nationalist camp will most likely attempt to court a figure to succeed Jokowi.

During the Covid-19 handling, the two figures appeared keen to outdo each other. Anies seemed to have an upper hand when he announced that Jakarta has come to a dangerous situation regarding the spread of the virus. He came close to announcing a state of emergency in Jakarta, only to be reminded by the Central government that the power to do so lies in the hand of the central and not local governments. He also developed a web-based system that can be accessed by the public about the spread of the virus in various districts in the city. All these were done at the time when the central government still looked very tentative in its steps and some figures in the administration, including the Minister of Health, still appeared dismissive of the veracity of the virus spread in Indonesia. Anies was cheered loudly by the Islamist supporters, and the general public has generally seen a marked improvement from the poor handling of the flooding that hit Jakarta just a few weeks prior. Anies’ detractors tried to find any loophole in his policy in handling Covid-19, and seemed to have a field day when citizens were complaining about the cutbacks in the schedule of public transportation that caused massive crowding in train stations and bus stops.

On the other hand, the central government was criticized heavily for appearing unprepared for the surge of the infection, creating almost a condition of mass hysteria. Amidst these criticisms, Jokowi suddenly announced that Indonesia would import two million pills of Avigan, a flu medicine produced by Fujifilm Toyama and three million pills of chloroquine. The efficacy of these two medicines to cure Covid-19 patients are still under testing in many countries in the world, including in Japan. But the Indonesian government worked in a lightning speed and two days after the news of Avigan’s supposed efficacy appeared in some media outlets, and WHO was still doubtful of the efficacy of chloroquine, millions of pills of these medicines have arrived on an Indonesian Air Force transport in Jakarta military airport. Some analysts perceived that such haste was motivated by the desire to appear decisive and quick to make up for some of the loss in positive imagery of the nationalist government to the Islamist Jakarta Governor.

More recently, the central and local governments appear to have been working more closely with each other. On April 10, the Jakarta government has implemented the Major Scale Social Restriction (PSBB) in the metropolitan based on the approval of central government on the request from Jakarta government to implement such restriction. This was then followed by the enactment of similar restrictions in the Jakarta hinterland areas of West Java and Banten provinces on April 15. However, Anies’ supporters appeared to be unimpressed by the central government’s decision, calling it late and insufficient. On the other hand, flak also continued to come from the nationalist camp, especially criticizing Anies and the Jakarta government for failing to enforce the restriction as evidenced from the continued buzz and traffic around Jakarta despite the restriction.

Elections are still four years away in Indonesia. The presence of the Covid-19 shock has demonstrated that the socio-political fracture in the Indonesian polity remains prevalent. Perhaps in the future such a fraction will be viewed as a new normal. But at least for now, the public is being served with a hint of how the next elections in Indonesia will transpire.