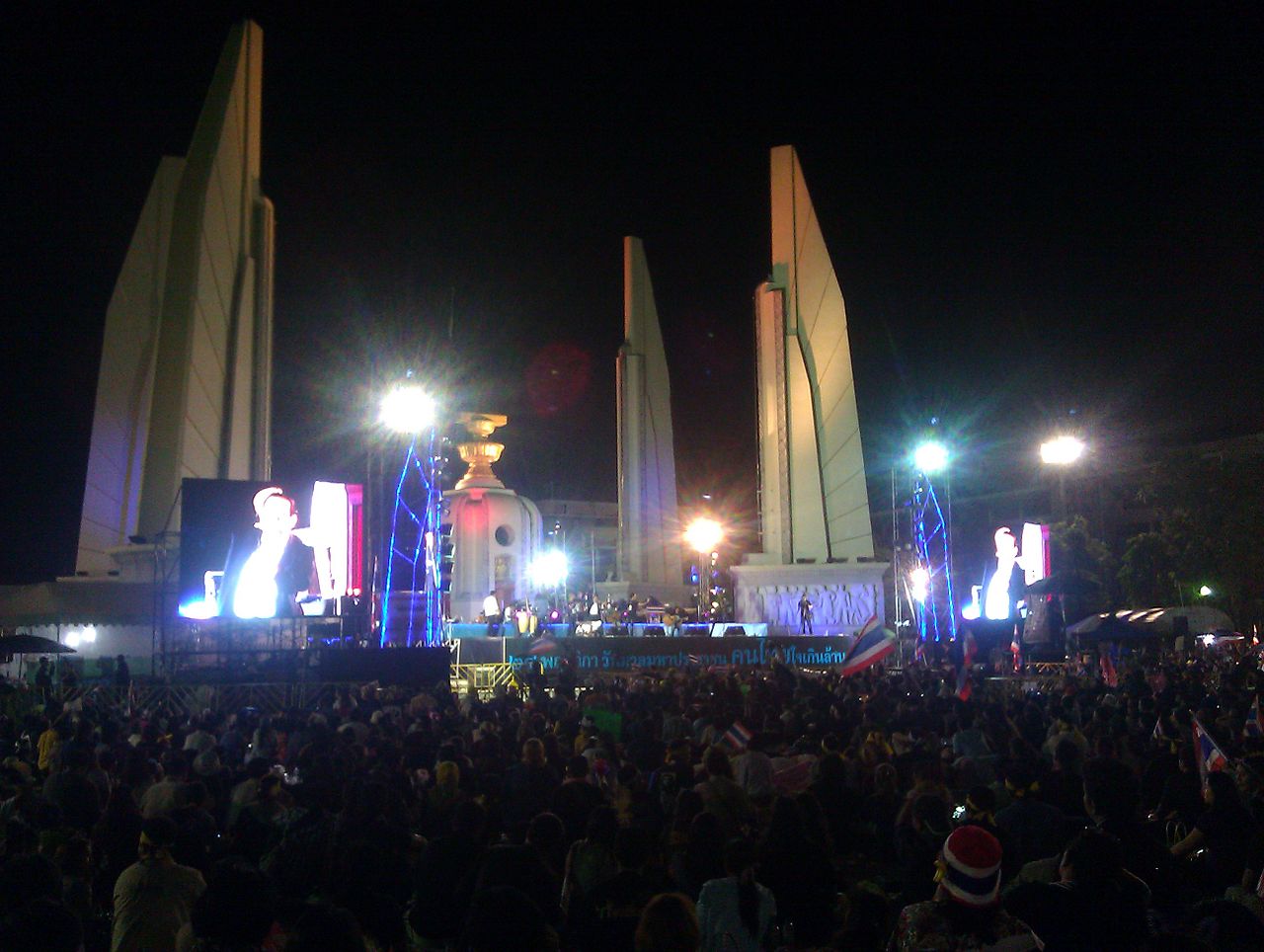 The Significance of March 24 Election in Thailand

Thailand will go to election on Mar 24, 2019. Is this another election in the repeated history of coups, military rule, new constitution and another election that ends with another failure of democracy, hence another coup? Is an election in Thailand a farce? The seemingly a repeated cycle of political history is a superficial observation of the apparent phenomena. In fact, many elections, democracies, even coups, military rules and constitutions in the past were meaningful in various ways in the particular moments of history of democratization in Thailand.

What is the unique significance of the upcoming election Thai politics and history?

To answer this question, we need to step back to understand the current military regime, the 2014 coup and Thailand's on-going political crisis, then we will understand this election in the context of political history of the past two decades.

THAILAND'S UNSTABLE POLITICS AND THE CRISIS SINCE 2006

Looking from a broad historical perspective, we can say that the democratization process in Thailand has been the contests of power among three main political forces, namely the military, the monarchists, and ordinary people (Thongchai 2008). After the end of the absolute monarchy in 1932, the new regime was unstable for about 15 year, as the monarchists tried to resume to power. From the mid-1940s, the military rose to become the dominant political force until the popular uprising in 1973, the historic turning point that followed by the surge of popular democracy of ordinary people and, at the same time, the revived political power of the monarchists. The military's political power, however, began to decline since then. After a few more elections and coups in the 1980s, and another popular uprising in 1992, the military retreated from politics "back to the barrack".

From 1992, "royal democracy" has been in place. Ostensibly, it is a parliamentary democracy, but the elected authority was in fact under the influence and active supervision by the monarchists (McCargo 2005, Thongchai 2019). The unprecedented popularity of Thaksin Shinawatra, who won landslide elections twice in 2001 and 2004, however, made the elected authority a threat to the status quo, i.e. the royalist democracy. The coup in 2006 was an attempt to secure the royalist political dominance by curbing the growing popular democracy. The monarchists did so by bringing the military back into politics.

The brief military rule after the 2006 coup, however, failed to stabilize the royalist dominance. The discontent with the monarchists and the demand for popular democracy remained strong. Meanwhile, the military's political power also expanded. Thailand's political crisis has protracted. Although the monarchy remains supreme throughout the crisis, its political power relies increasingly on the military, which was subservient only to King Bhumibol. Popular democracy, on the other hand, cannot be denied as every sector of population and society wanted to have their voices and some power in the government. It is also undeniable if Thailand needs recognition with the global community especially in terms of economic relations.

THE JUNTA REGIME SINCE 2014

The junta regime after the coup in 2014 is one of the fiercest and most powerful military rules in Thai history. Its repressive measures were swift, effective, uncompromising, and even brutal at times. The junta decisively eliminate all political activities and severely limited freedom of expressions especially about the monarchy. Despite the protests, condemnations and sanctions of various degrees from the international community, the junta has been able to secure the dominant power of the monarchists in alliance with the military elites. As King Bhumibol passed away in October 2016 and the succession was without a glitch, the task of securing the transition period was accomplished.

Nevertheless, the junta regime under General Prayuth Chan-ocha since 2014 has done much more than securing the royalist dominance. Veerayooth Kanchoochat and Prajak Kongkirati characterize the agenda of the current junta regime as the "embedded military and hierarchical capitalism". They summarize what the regime has done succinctly as follow.

Politically, we indicate how the junta has embedded its power in ways different from the past. It does not pursue a power-sharing governance ... but tries to militarize the cabinet, parliament, and even state-owned enterprises. The new constitution is designed to institutionalize the power of the military and the traditional elite vis-à-vis the electoral forces. ... Economically, the Prayuth regime forms a partnership with a group of Sino-Thai conglomerates to establish the [scheme that] ... has become a platform through which the giant firms perform the leading role of 'Big Brother' in supervising small businesses in their sectors, [reflecting] the collective endeavors of the conglomerates to replace competitive markets with hierarchy, rather than encouraging local firms to catch-up with them (Veerayooth and Prajak 2018, 279).

The junta also enacted a new constitution and many laws to secure its power even after the return to democracy. The military would, for instance, control the upper house and the elected government must obey the directives of the military. The accomplishments of the junta seem not only for the monarchists but also for the non-explicit military rule in Thailand in the long-term. Is "praetorianism" the new status quo that the monarchists and popular democracy — the other two contending political forces — would be contented with?

THE SIGNIFICANCE OF THE 24th MARCH ELECTION

The upcoming election on March 24, 2019 will take place in such a political scenario as described, namely, 1) the new monarch who is not as popular or revered as Bhumibol; 2) the undercurrent dissention among ordinary people; and 3) the military that aspires for political dominance again.

The monarchists knew that they should not dependent too heavily on the military. They need "people" or popular support to bargain with the military. Despite that, popular democracy is also a threat to the monarchical dominance. Without Bhumibol, moreover, the moral authority of the monarchy is in doubt, thus the status quo of royal dominance may not be tenable much longer.

In the reign of King Bhumibol, the military always proclaims that they are "soldiers of the king". Would they vow the same under the current monarch who has been notorious for the not-so-kingly personal character? The rapid ascendency of their power, especially their embeddedness in the state and society, suggests that the military have a vision for their eventual supremacy. They are here to stay for a long term, not merely a caretaker for royal democracy and definitely not to return to barrack after the election.

Despite the initial popular support to the coup for the sake of peaceful and orderly society, people's dissention to the military authoritarianism is growing, especially in the past year as the economy has been sluggish and the ruling junta became shamelessly out of touch in many respects. Ordinary people, however, have no agency in the present time other than those political parties and politicians who do not always represent their voices and interests.

The political status quo under King Bhumibol meant the settlement of power relations among the three main political force with the dominance of the monarchists. In this macro-political perspective, the upcoming election will be the first important political action in the absence of the lynchpin of the monarchist dominance but with the most powerful military since 1992. It will be the first major attempt to construct the new power relations, or the new status quo, among the three forces. Although it will not be the only or the decisive one once and for all, the election may tell us the shifting balance of power and may foretell us the possible scenarios to come.

This election and all matters about it — laws, electoral behaviors, actions, and the outcomes — should be observed and understood in this historic context.

Thongchai Winichakul. Chief Senior Researcher in IDE Inter-disciplinary Studies Center, Emeritus Professor, University of Wisconsin-Madison (2016–). The author of Siam Mapped: A History of the Geo-Body of a Nation, Honolulu: University of Hawaii Press. He is doing research on the intellectual transition to modernity in Siam in the mid-19th to early 20th century, currently focusing on the transformation of the rule of law. His forthcoming book will be about the October 6, 1976, massacre in Bangkok.