WTOパブリックフォーラム2018におけるワーキング・セッション
“Who Should Control Technology Transfer for Trade and Economic Growth?: Global Economic Integration and Industrial Policy in Emerging Asia”の開催 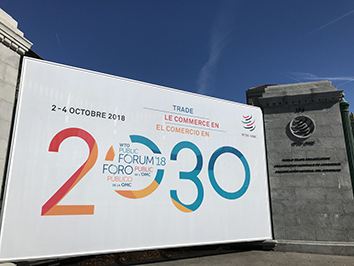 In opening the session, the moderator, Dr. Ueki, said that the session was motivated by the following questions: (1) Should technology transfer be market-based or forced by the governments? (2) Should technology choice be neutral or discriminated according to the governments’ requirements? (3) How should the developing countries upgrade their industries, in a step-by-step or leap-frogging way?

The first panellist, Dr. Kimura, talked about the international division of labour, and in particular, technology acquirement in the developing countries. Drawing upon Baldwin’s "unbundlings" concepts, he argued that in the 2nd unbundling, the international division of labour is task-oriented and technology and managerial know-how moves from the developed to the developing countries. With the advent of digital economy, we will eventually go into the 3rd unbundling, where we will have cross-border service division of labour. He highlighted that the high value of data and data flows will be part of technology acquirement discussion and that back-up policies are necessary to achieve "free flow of data".

Following that, Dr. Das pointed out that the WTO’s programmes should more persuasively articulate the linkages between trade and technology. First, to illustrate the imperatives for technology acquirement in developing countries, he explained that the developing countries have greater "development space" and as such, are greater demandeur of new technologies. In this context, he posed the question as to whether global rules are amenable to bring about sustainable development for both developed and developing countries. He further highlighted some mismatch including trade in technology, technology & trade in goods, and technology & trade in services. He concluded by underlining the importance of having a new agreement and the role of economic regionalism.

Dr. Jeenanunta discussed the impact of "Thailand 4.0" industrial policy on technology transfer through a case study of Thai automotive sector. He highlighted the challenges that Thailand faces in shifting toward "Thailand 4.0", which are low R&D expenditure and a small number of R&D personnel. To upgrade the industries, the government provides policy incentives including tax incentives, for those who transfer their technologies to Thailand. Some big brands such as BMW, Mercedes-Benz and Toyota, invested in setting up the new production plants for Electric Vehicle. BMW conducts research collaboration with Thai university. His observations are twofold: Thai manufacturers are still passive in its shift toward Industry 4.0, and the government uses the policy incentives to encourage technology transfers.

Dr. Machikita examined the question as to whether capital-intensive FDI disseminates technologies to local manufacturers having labour intensive technologies. He exploited the novel data that focuses on firm-to-firm network in Indonesia, the Philippines, Thailand, and Vietnam and developed a theoretical framework on the matching of technology transfers along the production chain. He showed the preliminary evidences of disparity in technology transfers along the production chains between FDI driven- and local driven chains by estimating a model of coordination game along the network. His answer to the question is that we can directly observe FDI spillovers.

The presentations were followed by lively discussions from the floor. 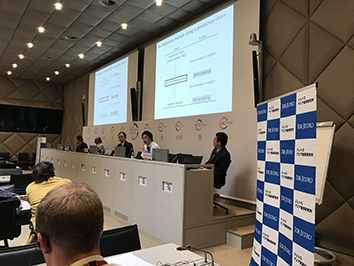 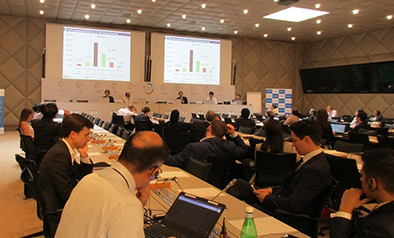