Institute of Developing Economies>IDE Research Columns>Columns>2022>E-Commerce Provisions in the Regional Comprehensive Economic Partnership: A Milestone for a Global Rule?

E-Commerce Provisions in the Regional Comprehensive Economic Partnership: A Milestone for a Global Rule? 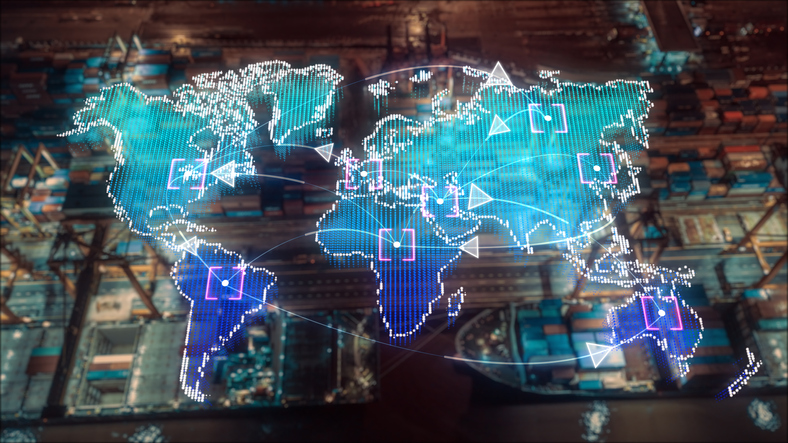 The development of information technology has enabled the digitalization of economic activity worldwide, and the recent COVID-19 pandemic has boosted this trend. Consequently, it becomes increasingly important to establish widely accepted international rules on e-commerce. This article discusses how the Regional Comprehensive Economic Partnership agreement was reached among diverse member countries and draws implications for the ongoing competition for a global rule on e-commerce.

The advancement of information technology and the ongoing COVID-19 pandemic have accelerated the digitalization of economic activity worldwide. Consequently, it becomes increasingly important to establish widely accepted international rules on e-commerce. Indeed, preferential trade agreements (PTAs) with e-commerce provisions are on the rise. Against this background, Umezaki (2021) conducted a mapping analysis of Regional Comprehensive Economic Partnership (RCEP) e-commerce provisions to compare them with e-commerce provisions in PTAs, which RCEP member countries had agreed on before the conclusion of the RCEP negotiation. This article is designed to shed light on how international agreements are established among diverse member countries with varying interests, which in turn can help foresee the conclusion of ongoing negotiations.

The data for mapping analysis was drawn mainly from the Trade Agreement Provisions on Electronic-Commerce and Data (TAPED) database developed by Burri and Polanco (2020a, 2020b). TAPED database covers 346 PTAs agreed upon after 2000 and evaluates 84 e-commerce provisions, including data free flow, prohibiting requests for data localization and source codes, consumer protection, cybersecurity, dispute settlement mechanism, and international cooperation. Each provision is evaluated on a scale of 0–3, according to the stringencies of commitments. If there is no commitment, the score is set as 0. If the commitment is “soft” in the sense that it is not enforceable by other members, the score is 1. If the commitment is “hard” in the sense that it is enforceable by other members, the score is 3. The score is 2 if the commitment is mixed in the sense that it is partially enforceable by other members. According to Burri and Polanco (2020a), 184 PTAs (53.2%) contain e-commerce provisions and of which 78 PTAs (22.5%) have a dedicated chapter to e-commerce. The share of PTAs with and the number of words spent on e-commerce provisions have been increasing yearly, implying that more rules are needed to reflect the expansion of e-commerce markets in terms of size and scope.

The RCEP e-commerce chapter can be summarized as follows. First, it is similar to the Association of Southeast Asian Nations (ASEAN) Agreement on Electric Commerce, signed in January 2019 and entered into force in December 2021, with a few additional provisions agreed upon in other recent PTAs. This reflects the RCEP membership, of which 10 of 15 are ASEAN member states. For example, the grace period granted to Cambodia, Lao PDR, and Myanmar under RCEP is equivalent to that in the ASEAN Agreement. Second, the RCEP e-commerce chapter as a whole is stipulated out of the scope of the dispute settlement mechanism (Article 12.17.3). Instead, any difference regarding the interpretation and application of e-commerce provisions should be resolved first through mutual consultation and then by the RCEP Joint Committee if that fails. This implies that, regardless of the text of the provisions, all provisions in the e-commerce chapter are virtually soft commitments. Although the RCEP e-commerce chapter includes three principles of e-commerce provisions, namely (1) data free flow, (2) prohibiting requirements for data localization, and (3) prohibiting requirements for source codes, they are effectively “soft” commitments because they are not enforceable.

Several implications can be drawn from Table 1. It was easy for Comprehensive and Progressive Agreement for Trans-Pacific Partnership (CPTPP) members, namely Australia, Brunei Darussalam, Japan, Malaysia, New Zealand, and Vietnam in Table 1, to comply with e-commerce provisions in RCEP, but they had to admit a lower level of commitments in some provisions, including the three principles mentioned above. Among 16 major items listed in Table 1, CPTPP members needed no new or additional commitment; however, they had 8 to 12 more advanced commitments in PTAs agreed before RCEP than in RCEP on the other hand. In contrast, non-CPTPP members had to make 1 to 3 new or additional commitments under RCEP. In this context, two of the three principles, namely, “prohibiting requirement for data localization” and “prohibiting requirement for source codes,” were new to China and Korea. In China’s case, the cybersecurity law, which went into effect in 2017 before the conclusion of the RCEP negotiation, contains items that conflict with “prohibiting requirements for data localization.” Therefore, including the provision as a “soft” commitment was a natural consequence of the negotiation. Both parties gained to some extent with a certain compromise.

Pathways to a de Facto Global Rule on E-Commerce

RCEP member states differ in many ways, including stages of economic development and the size of e-commerce markets, physical and institutional infrastructure supporting e-commerce, and views on desirable e-commerce rules. In this regard, it was a natural consequence that the RCEP e-commerce chapter resulted in a compromise agreement among then existing international agreements on e-commerce in which RCEP member states had participated, such as the ASEAN Agreement, CPTPP, and others. This is an inevitable and fundamental difficulty in creating win-win agreements among many diverse countries.

As an integral part of the US–China rivalry, competition for a de facto global rule on e-commerce has become fiercer, involving various international frameworks such as the Joint Statement Initiative (JSI) on e-commerce under the World Trade Organization, the Digital Economy Partnership Agreement, and the Indo-Pacific Economic Framework for Prosperity. Among them, the JSI on e-commerce is expected to be a major milestone for a global rule, not only because it has the largest number of member countries but also because it is the only framework for e-commerce rule-making, which contains both China and the United States as members. Japan has been leading the JSI as co-conveners with like-minded Singapore and Australia. However, 86 members of JSI are naturally more diverse than 15 members of RCEP. Given the experience of the RCEP negotiation, it will be a big challenge for the co-conveners to consolidate the negotiating text of a high standard as they have been seeking from the inception of the JSI. The resulting point of compromise is probably something close to e-commerce provisions in RCEP. 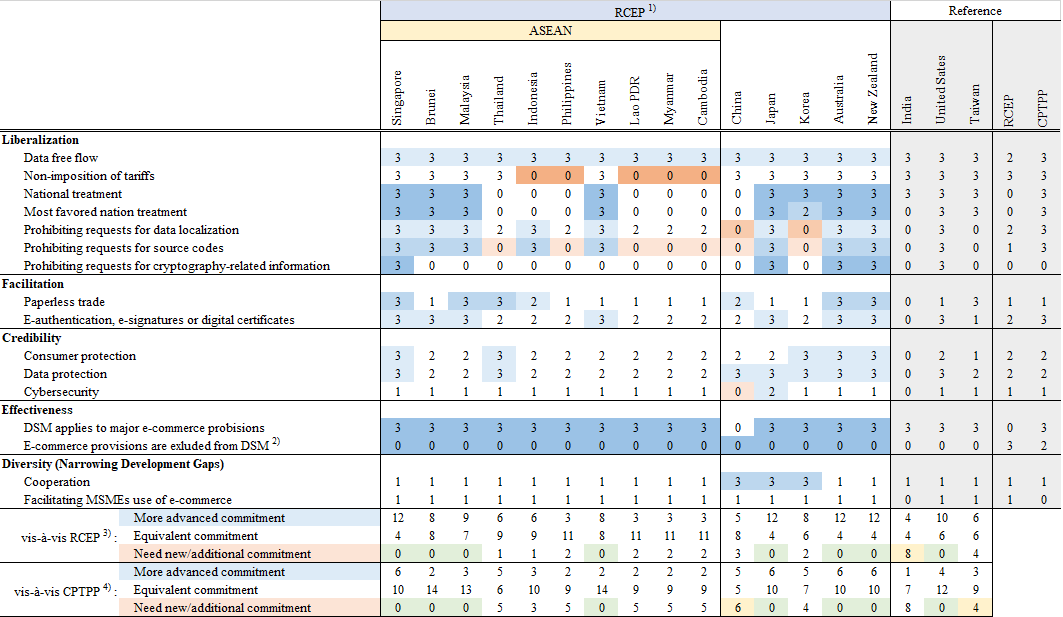 Source: Author’s Compilation Based on the TAPED Database

*Thumbnail photo: MR.Cole_Photographer/ Moment / Digital delivery Concept, logistic and transportation technology concept.Global business of Cargo freight.International import export trade (Getty Images)
**The views expressed in the columns are those of the author and do not represent the views of IDE-JETRO.