Discriminatory Cultural Practices and Female Empowerment: Does Legal Prohibition Lead to a Better Life for Women? 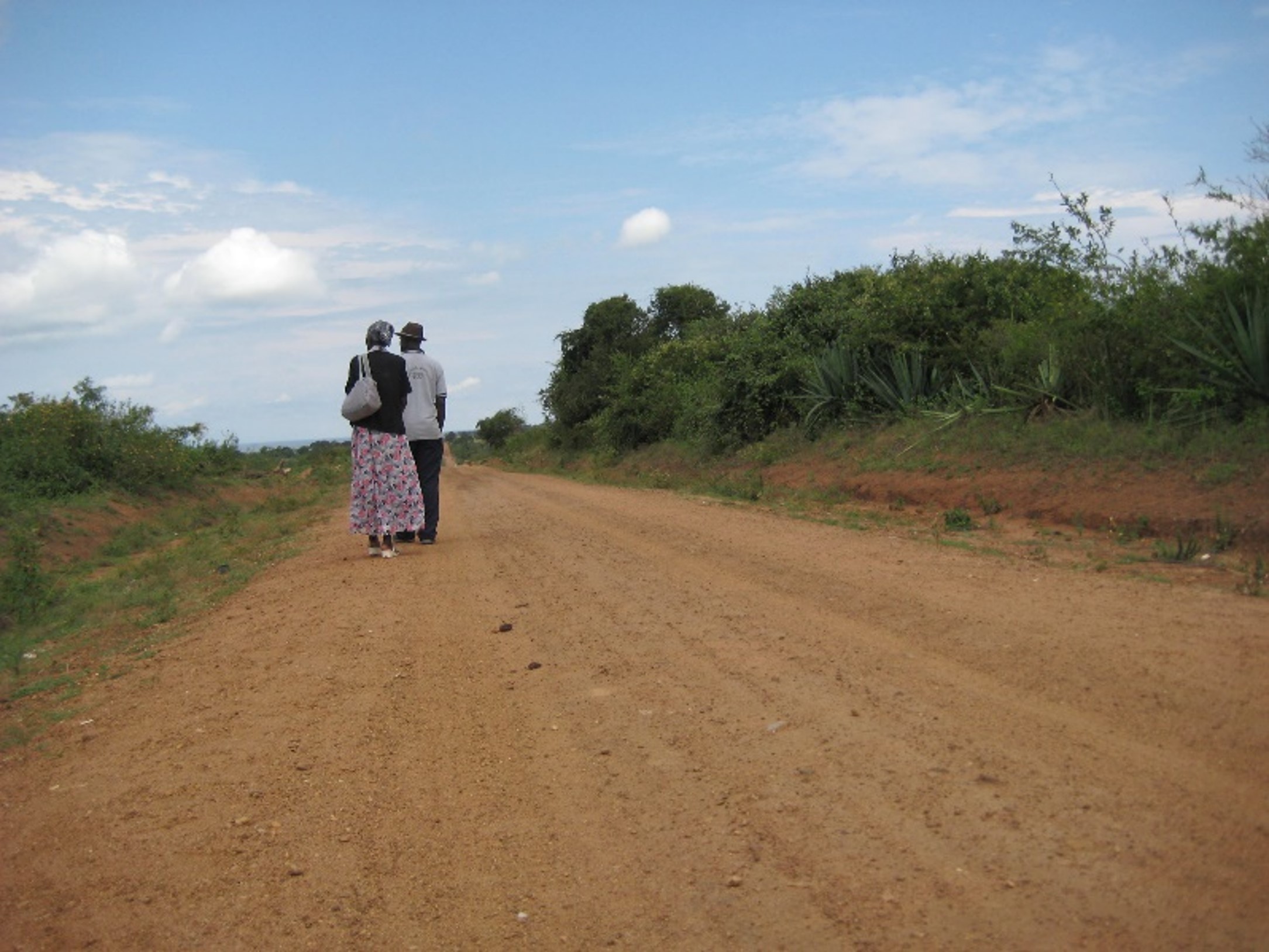 Legal prohibition is considered an indispensable first step for eradicating discriminatory cultural practices against women. However, game-theoretical analysis of the cultural practice of levirate marriage indicates that criminalizing it may in fact reduce quality of life among women. Levirate marriage stipulates widows should marry the male relative of their deceased husband; otherwise, deceased husband’s extended family would expel them. Therefore, when legally prohibiting discriminatory cultural practices, it is important to deliberate upon why those practices exist and whether criminalizing them would indeed improve women’s lives, given the existing legal, social, and cultural contexts. Other complementary policies should also be implemented to mitigate the possible negative consequences of legal prohibition.

Since 1979, when the UN General Assembly adopted the Convention on the Elimination of All Forms of Discrimination against Women, eliminating discriminatory cultural practices against women and girls has been considered an urgent task worldwide. Consistently, the 2015 Sustainable Development Goals set by the UN General Assembly call for the eradication of cultural practices such as child, early, and forced marriage and female genital mutilation (i.e., the partial or total removal of the external female genitalia or other injury to the female genital organs for cultural or other nonmedical reasons). Accordingly, legislation against these practices, including their criminalization, is considered an indispensable first step toward eradication (UN Women 2011a). However, anecdotes from some developing countries indicate that these practices are considered necessary by females. For example, some women may opt to undergo genital mutilation if they believe that by doing so they can find good husbands, the only means they have of improving their quality of life in a society where men do not marry uncircumcised women (Mackie 1996). Therefore, criminalizing cultural practices may cause unintended consequences for women in parts of the developing world, who are usually more vulnerable than men. Kudo (2021) conducted a theoretical study of such consequences, by analyzing one cultural practice in particular, called levirate marriage (also known as widow or wife inheritance), which is considered a form of forced marriage (UN Women 2011b).

Why Does Levirate Marriage Exist, and How Does It Benefit Women?

In levirate marriage, a man’s widow is inherited by his brother or other male relative. Statistics of its prevalence are limited, but this customary practice has long existed in Africa, including Kenya (Agot 2007), Nigeria (Doosuur and Arome 2013), Sudan (Stern 2012), Uganda (Ntozi 1997), and Zambia (Malungo 2001). This practice appears antisocial as it treats females as property and thus violates their human rights. Therefore, UN Women, the UN entity dedicated to gender equality and women’s empowerment, considers it similar to “other forms of forced marriage” and states that “Laws should prohibit and punish all forms of wife inheritance” (UN Women 2011b).

However, this practice has also anecdotally been seen as an informal safeguard for widows, as it enables them to stay in the extended family of their deceased husband (clan) with their children and take advantage of family property (e.g., house and land). Indeed, some widows require the protection of levirate marriage, as they traditionally have limited rights to the property of both their natal and their husband’s families. Additionally, in societies with clan exogamy (i.e., marriage with those outside one’s own clan) and patrilocal residence, women often move some distance away from their natal village to their husband’s village at time of marriage. This means that a widow’s close relatives (e.g., biological parents and siblings) typically live away from her current residence and, thus, cannot easily provide her with adequate protection. Therefore, levirate marriage provides widows with an alternative form of material support and social protection.

Interestingly, the widow’s deceased husband’s clan also requires levirate marriage. Many African societies with succession passed down along the male line place a great emphasis on generational continuity (e.g., Caldwell and Caldwell 1987; Tertilt 2005). Therefore, these clan members seek to prevent widows from leaving their husband’s home with the sons of the deceased. Additionally, the clan members of the deceased may even hope that the widow will produce more sons with male relatives of the deceased. Therefore, levirate marriage enables the clan to keep the sons of the deceased within its extended family, and thus, to continue the generations. Here, the clan protects the widow as the caretaker of those sons.

That said, childbirth is among the riskiest events in a woman’s life. In sub-Saharan Africa, it is estimated that about 542 pregnancy- or childbirth-related deaths occurred per 100,000 live births in 2017, in contrast to about 211 maternal deaths per 100,000 live births in the world (WHO 2019). Therefore, the deceased’s clan members have difficulty in forcing women to produce sons during their marriage (with the husband) and possibly after the husband’s death (with one of his male relatives) (e.g., Ashraf et al. 2014).

However, the members of a woman’s husband’s clan can still motivate her to have more sons by treating her generously conditional upon her acceptance of levirate marriage. This generosity can take several forms, as found in my fieldwork. From 2013 to 2015, I interviewed many local people in Rorya District in northeast Tanzania (see Figure), where most of the population is of the Luo ethnic group, who commonly practice levirate marriage. Some Luo widows were relatively free to select their preferred member of their deceased husband’s clan, and could negotiate with the clan leader about their choice (although entering into negotiation did not necessarily lead to success). They sought to choose a gentle and relatively wealthy inheritor within the extended family of the deceased, who would provide better emotional and material support. Additionally, those who inherited the widows normally took care of their wife and children at their own homestead. Therefore, widows were able to maintain a certain level of independence in their daily life, as they continued to reside at their deceased husband’s home.

In summary, widows require levirate marriage to gain social protection when they do not have the alternative, providing them better means of making a livelihood. The deceased husband’s clan also requires levirate marriage to maintain the sons of the deceased (and possibly to produce more sons with the inheritor) within its extended family and, thus, to continue its generations. In the resulting agreement of levirate marriage, the clan treats women generously to motivate their fertility. Because of this generous treatment, women agreeing to levirate marriage can find a somewhat better life for themselves than those who refuse it.

What Will Happen If Levirate Marriage Is Legally Prohibited?

Criminalizing levirate marriage would make it difficult for the clan members of the deceased to treat women generously. In other words, they would eventually expel widows from their extended family. The widow’s life would become worse than that in levirate marriage, in the absence of an alternative protection. Kudo’s (2021) game-theoretical analysis formalizes this conjecture.

Related to Kudo (2021), human immunodeficiency virus has reportedly reduced the prevalence of levirate marriage when a woman’s husband is thought to have died of the virus, because the inheritor fears infection. Consequently, some young widows in Kenya were forced to migrate into towns and, to make ends meet, engaged in petty trade and secret sexual liaisons (Ambasa-Shisanya 2007). That is, levirate marriage was withdrawn because of the spread of the virus, but it does not mean female empowerment. Instead, it would have reduced the quality of life for many women.

To be clear, I am not endorsing cultural practices that violate human rights for women, including levirate marriage. However, legal prohibition, though it is one means that is available to eradicate these practices, may not automatically improve the quality of women’s life. Therefore, when criminalizing cultural practices, it is important to deliberate upon why those practices exist and whether legal prohibition would indeed aid women’s livelihood given the existing legal, social, and cultural contexts. Regarding levirate marriage, other complementary policies would alleviate the negative consequences of legal prohibition, such as the legal requirements for property rights, formal insurance, and income-generating opportunities for women. 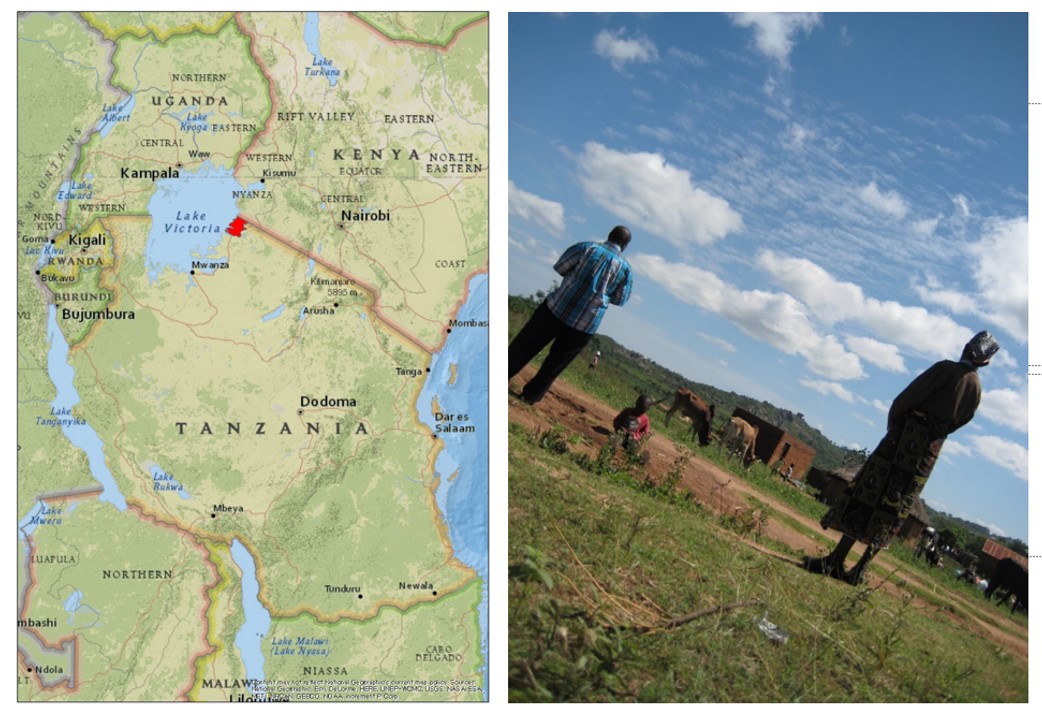 Agot, Kawagoe E. 2007. “Women, Culture, and HIV/AIDS in Sub-Saharan Africa: What Does the Empowerment Discourse Leave Out?” In Global Empowerment of Women: Responses to Globalization and Politicized Religions, edited by Carolyn M. Elliott, 287-302. New York: Routledge.

Malungo, Jacob. 2001. “Sexual Cleansing (Kusalazya) and Levirate Marriage (Kunjilila Mung’anda) in the Era of Aids: Changes in Perceptions and Practices in Zambia.” Social Science and Medicine 53(3): 371-382.

Stern, Orly. 2012. “This is How Marriage Happens Sometimes: Women and Marriage in South Sudan.” In Hope, Pain and Patience: The Lives of Women in South Sudan, edited by Friederike Bubenzer, and Orly Stern, 1-23. Cape Town: Jacana Media.

WHO. 2019. “Trends in Maternal Mortality, 2000 to 2017.” Executive Summary. Estimates by WHO, UNICEF, UNFPA, World Bank Group, and the United Nations Population Division.

*The views expressed in the columns are those of the author(s) and do not represent the views of IDE or the institutions with which the authors are affiliated.
*Thumbnail photo: Author's photo in Rorya, 2014

The author specializes in development microeconomics focusing on culture, social institutions, and population- and health-related issues. He has engaged in research projects relevant to these topics in several countries such as Bangladesh, Ghana, Malawi, and Tanzania. His research papers appear in several peer-reviewed journals such as Economics Letters, Journal of Economic Behavior and Organization, Oxford Economic Papers, The World Bank Economic Review, and World Development. The author received his doctoral degree in Economics from University of Oxford, UK, in 2011.

———.2017. “Missionary Influence on Marriage Practices: Evidence from the Livingstonia Mission in Malawi.” Journal of African Economies 26(3): 372-431.