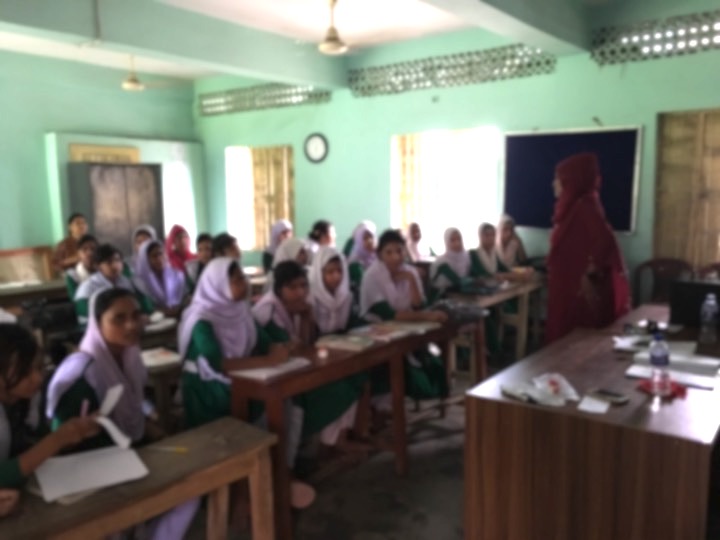 The Institute of Developing Economies, JETRO

Child marriage is internationally defined as marriage below the age of 18. Given the alleged detrimental consequences of this practice, activists, NGOs, donors, and governments have implemented policies and programs with the aim of eliminating child marriage. However, legal measures are known to be ineffective, and the impact of these programs has been mixed. Our recent study explored a reason behind these mixed results. Estimation results showed heterogenous impacts of these programs by combination of social contexts and girls’ characteristics. We utilized two programs with randomized controlled trials conducted in Bangladesh and Zambia by the Population Council. Our study suggests the importance of considering the social context in designing and implementing a successful program to end child marriage.

Currently, one out of five women ages 20-24 has experienced child marriage globally. Child marriage is a phenomenon mostly found in Sub-Saharan African and South Asian countries: 28% and 34% of women ages 20–24 are married below the age of 18 in Sub-Saharan African and South Asian countries, respectively (UNICEF 2021). Child marriage is believed to have a detrimental impact on girls, such as depriving them of educational opportunities and making them vulnerable to intimate partner violence (Jensen and Thornton 2003; Field and Ambrus 2008). Child marriage is closely related to early pregnancy, which often causes severe health problems for mothers and babies (Barua and Kurz 2001). Due to these alleged detrimental effects, global efforts have been made to eliminate child marriage. Typically, many countries legally ban child marriage, but these legal measures are known to be ineffective.

Many programs aimed at ending child marriage have been implemented in Sub-Saharan African and South Asian countries. These programs range from cash transfers conditional on girls’ schooling to the formation of girls’ clubs that focus on their empowerment. Many current programs are based on randomized controlled trials (RCT) and thus, have been rigorously evaluated. Malhotra and Elnakib (2021) recently conducted a systematic review of these programs. However, no consensus exists on what components of such programs are most effective in eradicating child marriage.

RCT-Based Programs in Bangladesh and Zambia

We argue that the lack of consensus is partly due to the differential impacts of the program by the social context. For example, cash transfers conditional on girls’ schooling may not be effective in a context where the return to education is low due to the lack of income-earning opportunities. It is also uncertain whether targeting girls leads to delaying their age at marriage if they are not involved in the decision-making regarding their marriage. Our study aims at revealing the heterogenous impacts of programs that seek to prevent child marriage by social contexts and girls’ characteristics.

We utilize two RCT-based programs with the aim of preventing child marriage, which were conducted in Bangladesh and Zambia by the Population Council. The project in Bangladesh, called the Bangladeshi Association for Life Skills, Income, and Knowledge for Adolescents (BALIKA), offers three different skills-training programs: academic, empowerment and gender awareness, and livelihood skills to girls ages 12-19. Ninety-six villages were randomly assigned to the treatment, which was provided with each of three skills-training programs, and the control. The project in Zambia, called the Adolescent Girls Empowerment Program (AGEP), targets girls ages 10-19 in 180 Census Supervisory Areas. The key component of AGEP was a group of 20-30 girls who met weekly with a female role model who provided sessions covering various empowerment topics.

Differential Impacts by the Contexts in Which the Program Was Implemented

Bangladesh is characterized by a low rate of female labor force participation (FLFP) and collective decision-making on marriage, which is usually arranged by parents. In Bangladesh, the program focused on academic skills is effective in a context where FLFP is relatively high and white-collar jobs are relatively available. Given the strong stigma against women engaging in menial labor, and social acceptance of women engaging in white-collar jobs, it seems that the availability of suitable income-earning opportunities is necessary for the education program to be effective. By contrast, the program focusing on girls’ empowerment is more effective in a context where FLFP is relatively low. For girls without suitable income-earning opportunities, the empowerment program seems more effective. The differential impacts of the program on child marriage by the level of village FLFP are extracted and shown in Figure 1. 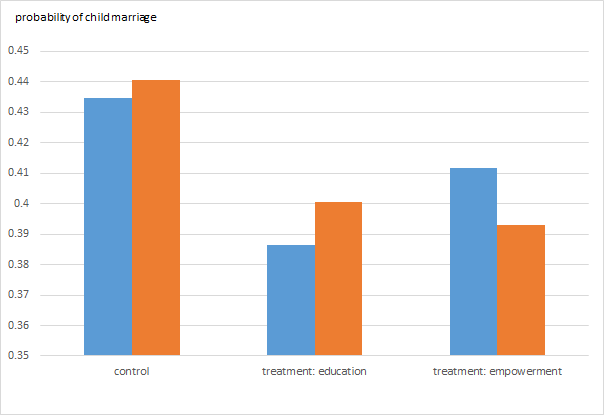 Zambia is characterized by the prevalence of premarital sex and individualistic decision-making on marriage in which parents are not usually involved. When premarital sex is prevalent, pregnancy can occur before marriage. In this context, pregnancy often leads to marriage. It should be noted that although sexual intercourse can be consensual, in many cases it is not. Figure 2 shows that the first sexual intercourse of at least half of girls was not consensual. In fact, the communities with a high prevalence of premarital sex and sexual violence overlap each other by about two-thirds. In Zambia, the program providing girls with safe spaces, with the aim of empowering them, is effective in the context where premarital sex and sexual violence are relatively prevalent. The differential impacts of the program on early pregnancy by the level of premarital sex prevalence are extracted and shown in Figure 3. Early pregnancy here is defined as pregnancy below the age of 18. Moreover, the program was only effective among illiterate girls. 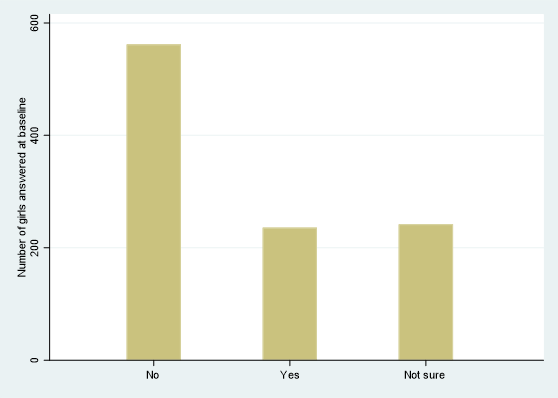 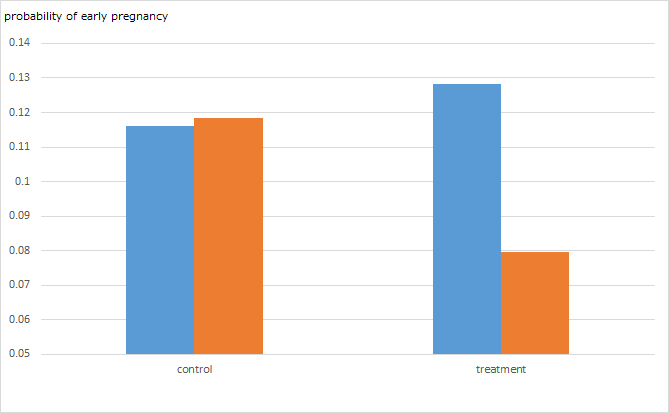 Multifaceted empowerment programs seem increasingly popular among donors and NGOs given the confounding factors driving child marriage. However, evaluations of such programs indicate mixed impacts. This study suggests one potential reason behind the ambiguous impacts of these programs, which is that the context matters in the effectiveness of a program aimed at preventing child marriage. Such programs seem more effective among the most vulnerable girls, who are more likely to be a victim of child marriage in a given context. These girls often have a combination of characteristics such as being illiterate, lacking suitable income-earning opportunities, and facing a higher risk of premarital sexual intercourse and violence. When girls have more opportunities, focusing on academic skills rather than empowerment may be more effective in preventing child marriage. Our study aimed at responding to global efforts to eliminate child marriage by casting a cautious view on one-size-fits-all programs.

Authors’ note: The main research on which this column is based is: Makino, M. Ngo, T.D., Psaki, S., Amin, S., and Austrian, K. 2021. “Heterogeneous Impacts of Interventions Aiming to Delay Girls’ Marriage and Pregnancy Across Girls’ Backgrounds and Social Contexts” Journal of Adolescent Health 69(6) Supplement, S39-S45.

*The views expressed in the columns are those of the author(s) and do not represent the views of IDE or the institutions with which the authors are affiliated.