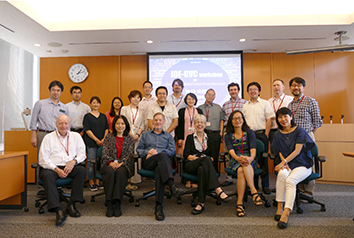 IDE-JETRO has accumulated research on firms, business and industries in developing and emerging economies over decades by applying empirical analysis in particular as our mainstream of research method. We have developed our research on global value chains (GVCs) in the recent decade.

Over the past decade, new dynamics have unfolded – including the increasing consolidation and concentration of GVCs alongside the integration of new economies, the rapid growth of end-product markets in the South, and the emergence of large and highly competent suppliers and lead firms from emerging economies, most notably in East Asia. To make sense of the ongoing dynamics and complexity of GVCs, theory development has progressed. Many of such attempts have built on the theory of GVC governance developed by Gereffi, Humphrey and Sturgeon (2005), refining the key concepts of governance, power, and upgrading and elaborating the relationships between them.

The aim of this workshop was to bring together insights that have come out of some of the important works done recently, discuss their implications for the GVC approach, and identify potential directions for future research. IDE-JETRO successfully hosted the workshop by accommodating eminent scholars both from overseas and in Japan. All contributors to the workshop would hope carrying the stimulated discussion on to the further research development. 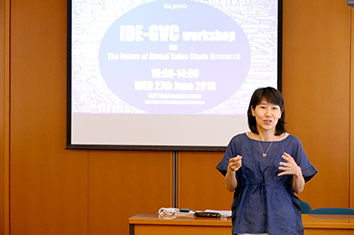 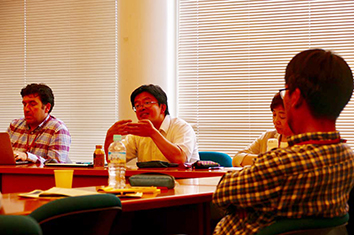 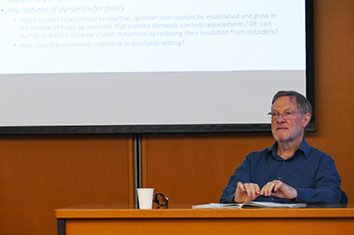 Dr John Humphrey, Honorary Professor, School of Business, Management and Economics, University of Sussex, took a role of leading of the discussion.

Opening Remarks by Mai Fujita, IDE-JETRO
Session 1: Have recent developments in East Asia changed our global value chain (GVC) thinking?
East Asia used to be the example of classic global outsourcing: one that is based around developed country lead firms transferring low-value activities and shaping the upgrading opportunities for local producers. Some of the dynamics that unfolded over the past decade do not seem to fall within this characterisation. Highly competent suppliers from Taiwan are increasingly leading innovations and/or giving rise to new governance structures. China has been a mixed story of state-led drive to nurture national champions and vibrant private enterprises serving the large middle- and low-end domestic market. Do these developments challenge our conventional GVC thinking?

Session 2: Power, governance and upgrading in GVCs
Gereffi et al. (2005) identified five governance types, but most of the subsequent GVC literature has focused on just one-captive governance and how powerful lead firms control suppliers performing low-value activities in developing countries. Session 1 on East Asia challenges this perspective. How much does responding to these challenges require new conceptualisations of power in value chains, new approaches to innovation and upgrading, and new ways of thinking about the interactions between value chains and their environments? Conversely, how much can be learnt from considering neglected areas of existing theory?
Chair: