To be able to be live life more freely 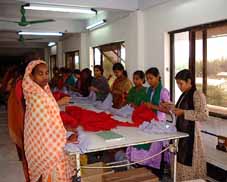 The idea of gender is a social construct separate from the biological category of sex. The concept emerged in the 1970s in debates spurred by the feminist movement in Europe and the United States. While there were some who believed that femininity and masculinity, and women’s and men’s roles, have their origins in unchangeable biological differences, proponents of feminism fought gender-based discrimination by arguing that it was a social phenomenon that was possible to resolve. In later discussions, gender came to be viewed not as a classification system where the categories bear equal relations to each other, but one with vertical stratification, where the man is the norm and universal, and the woman is special because of being different. Thus, rather than there being two genders – the male and the female – it was understood that there is a single gender that represents a dividing line between male and female entities. Against a backdrop of progress in the field of biology, whereas sex is a spectrum of notions including the ambiguous individual (intersex), gender is a male-female dichotomy. That is, rather than gender being defined based on sex, gender is creating the conventional idea of male/female sex. From the 1990s, under the influence of post-structuralism, differences among women received attention, rather than just those between men and women. Statements generalizing women, such as “Women are honest and incorruptible” and “Women love peace” came under fire, and the importance of recognizing differences among women, such as due to ethnicity, class, and caste, was raised. From this perspective, gender is constructed not only as the straightforward control of men over women, but through roles and actions undertaken by both men and women within their societal relations and as members of their communities.

Gender is a fluid concept that continues to develop even today, and it has provided a fresh angle and perspective to a variety of issues. In terms of developing countries, what first comes to mind is “Gender and Development” (GAD). The idea behind aid for developing countries in the 1960s was that of “Women in Development” (WID), whereby women shouldering development work became the focus. When the concept of gender was added in the 80s, it was recognized that in order to improve the condition of women, it was not enough for women to improve their skills or to be provided wider opportunities for education or employment; it was necessary to reexamine their relationship with men and change the institutions and social systems that discriminated against them.

It can be said that GAD is related to practical concerns, that is, it is the practical application of gender studies. So what methods or perspectives can be used or taken to understand how gender works in the societies of developing countries? As an example, let us discuss here the interrelation between gender and ethnicity. Women in ethnic minorities in developed countries and women in developing countries were facing the twin binds of gender and domestic/international strata/class. The experiences of these women have taken a different route from women in developed countries in that they had to first fight together with their male counterparts to work towards ethnic autonomy/independence as a group. What was needed then was a different type of feminism to the Western Feminism developed by middle class white women. From the 90s, against the background of conflicts between nationalism and feminism, there has been a revaluation of the movement to improve the status of women in many societies in a period of construction of the modern state. Movements that at a glance appear to be expressions of women’s autonomy are pointed out as actually possessing a facet of being used to counter Western expectations. Women who are “falling behind” are seen as symbolic of backwardness of particular ethnic groups in Western eyes, and thus, movements to improve the status of ethnic groups often took the form of movements aiming to “modernize” women. Here, it is observed that the construction of gender is mediated through ethnicity.

Gender studies originated from feminism and have made studies primarily on women, who had until then been marginalized in social studies, as the main subject of research. New territories for research have been explored and will continue to emerge, however, such as the debate on men’s studies and queer theory.