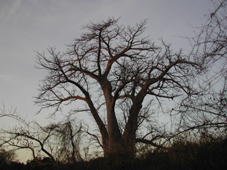 The year 2005 was named the second Year of Africa, recalling 1960, the Year of Africa in which African nations won their independence one after another. With aid to Africa being a major discussion topic of the Gleneagles Summit and focus of the mid-term evaluation of the United Nations' Millennium Development Goals (MGDs) on Africa, international attention has been turned to the serious issues of poverty, communicable diseases such as HIV/AIDS, and conflicts faced by Sub-Saharan African nations. From the standpoint of area studies, whose goal is the understanding of others, the increased attention on and increased newspaper and television coverage of Africa is seen as a positive development. However, given the focus of coverage on disasters, it is important to recognize that such narrow coverage can potentially lead to one-dimensional stereotyping of the region. There are 49 independent Sub-Saharan countries (including island nations), each with its own history and characteristics. In order to develop a deeper understanding of Africa as a region, it is important to pay attention to both unique characteristics of individual nations as well as to indentify commonalities.

The same can be said for understanding politics in Africa. While donor countries and international development agencies tend, in general, to focus on the “problems” such as deficiencies in governance, dictatorships, corruption, conflicts, and insecurity of multi-ethnic societies, the political realities of individual African nations, each of which has its own unique characteristics, does not allow us to generalize them with such a stereotypical view. The elimination of such single-sided, generalized evaluation can be said to be the mandate for African political science research. For example, the most important development in African countries in recent years is the democratization in the 1990s, in which military rule or single-party rule has been replaced by multi-party regimes in almost all African nations. While some countries have experienced insecurity during the democratization process (for example, Cote d’Ivoire), there are other countries in which democracy seems to have taken root after experiencing one or more successful free and fair elections (Kenya, Zambia, for example). With regards to civil wars and unrest, again, while there are countries experiencing chronic war (in recent years, Liberia, Burundi, etc.), other countries have experienced a certain degree of success in national reconciliation after the cessation of conflicts (for example Rwanda). These differences only come to light through an area studies approach, whereby the political situations of individual countries are carefully analyzed and compared with those of other countries within the region.

The conceptual framework of "African politics" is intended to bridge the gap between political science theory and the reality of African politics and is well-suited for the study of a mid-sized region with shared issues. In comparing the cases of individual African nations, we simultaneously develop regional theories and identify unique characteristics of individual countries. In other words, these investigations capitalize on the ongoing reformulation of regional research and contribute to the eventual unification with existing political science theory. “African politics” serves both a research approach as well as a forum for that discussion.